How to Win a Soccer Game Using Winning Strategies

I wrote this article based on my years teaching and coaching youth soccer. Please share your soccer strategies below in the comments. 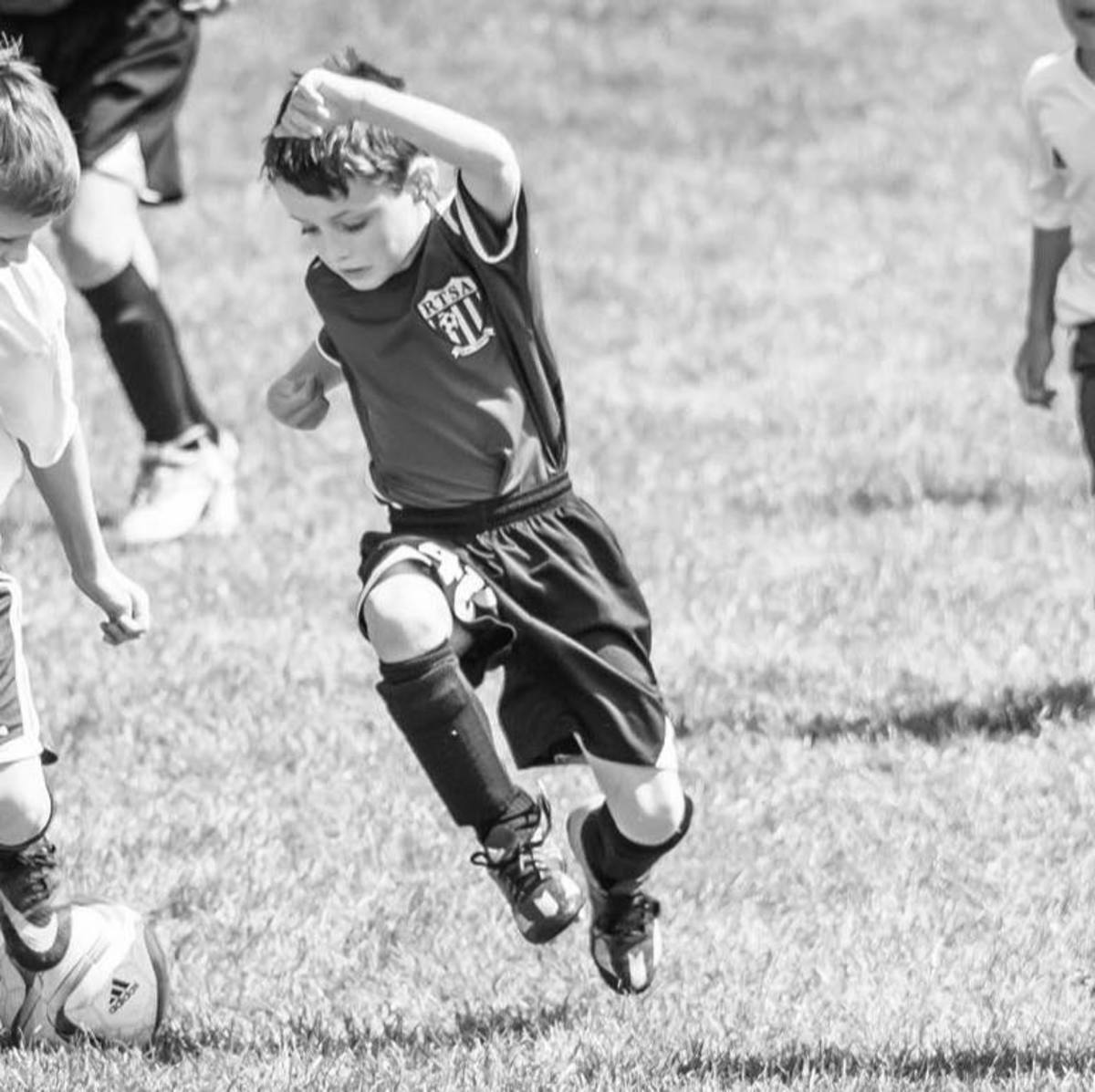 It is important to teach children soccer skills and strategies that they can utilize to develop as players.

Soccer (which is known as football in many countries) is the most popular sport in the world. Many people are thrust into the position of teaching children how to play soccer as either a parent or a coach. Without getting into some of the finer details of the game, it is important to explore essential soccer strategies that parents, coaches and young soccer players need to understand to become well-developed players and increase their chances of winning soccer games.

From a broad perspective, think of a soccer field (pitch) as a rectangle with two opposing wedges that should be used by offensive and defensive players to guide them.

At its most basic level, offensive soccer play should work like a wedge moving towards the center of the field, where the opposing team’s goal is located.

When your team is defending their side of the field trying to prevent a goal, the wedge should be oriented outwards towards the sidelines, away from your goal. When under pressure, defenders should always move the ball away from the goal that they are defending and towards the sidelines to prevent the other team from gaining quick scoring opportunities, if the ball is lost in a challenge. The last thing a defensive soccer player wants to do is cross the ball in front of their own goal, have it intercepted by the other team, and provide them with an excellent scoring opportunity. This is one of the most common and costly mistakes that young defensive soccer players make.

Of course, switching the play to the opposite side of the field is an important soccer strategy that players must understand how and when to utilize; however, cross-field horizontal passes should only be done when there is no opportunity for the opposing team to intercept the ball. When under pressure, it is best for a defensive player to keep the ball on the outside of the field, and try to move it up-field from an outside position. If the pressure is overwhelming, and a pass cannot be completed to an up-field midfielder, the best course of action is to simply kick the ball out of bounds and let your defense reposition themselves to defend their goal. Or, if possible, kick the ball off an opposing player so that it carries out of bounds, which allows your team to restart play with an offensive throw-in.

Although the game has many rules and nuances, soccer is a rather basic game at its core. While a soccer game’s outcome can be determined by skillfully executed set plays, such as penalty kicks, free kicks or corner kicks, ultimately most soccer games are won by teams that consistently utilize basic offensive and defensive strategies centered around good dribbling, passing and game awareness skills.

Ball control is essential to increasing a team’s chances of winning a soccer game. A team cannot score goals if they do not control the ball using effective dribbling and passing skills. When a team loses control of the ball, they are not only losing scoring opportunities but also increasing the other team’s chances of scoring.

It is very important that soccer players learn at a young age ball control and dribbling skills, as well as effective formations, along with passing and receiving skills. Just having them boot the ball down the field with the hope of getting a lucky bounce to a forward player may work at younger age levels, but once soccer players are in their teens, defenders will learn how to shut down this “kick and run” style of play. Therefore, it is of paramount importance that young soccer players learn how to dribble, pass, and receive the ball effectively to move it downfield towards their opponent’s goal.

In practical terms, this means that defenders should dribble the ball along the outside of the field and pass it to a midfielder along the sideline that they are on unless they have no pressure and can easily pass the ball to an open player in another part of the field, such as a center midfielder. Using the outside of the field to move the ball out of the defensive zone may result in the ball going out of bounds. However, giving the other team a throw-in from the sideline is a much better play than giving the ball up in front of your own goal and providing the other team a good scoring opportunity. 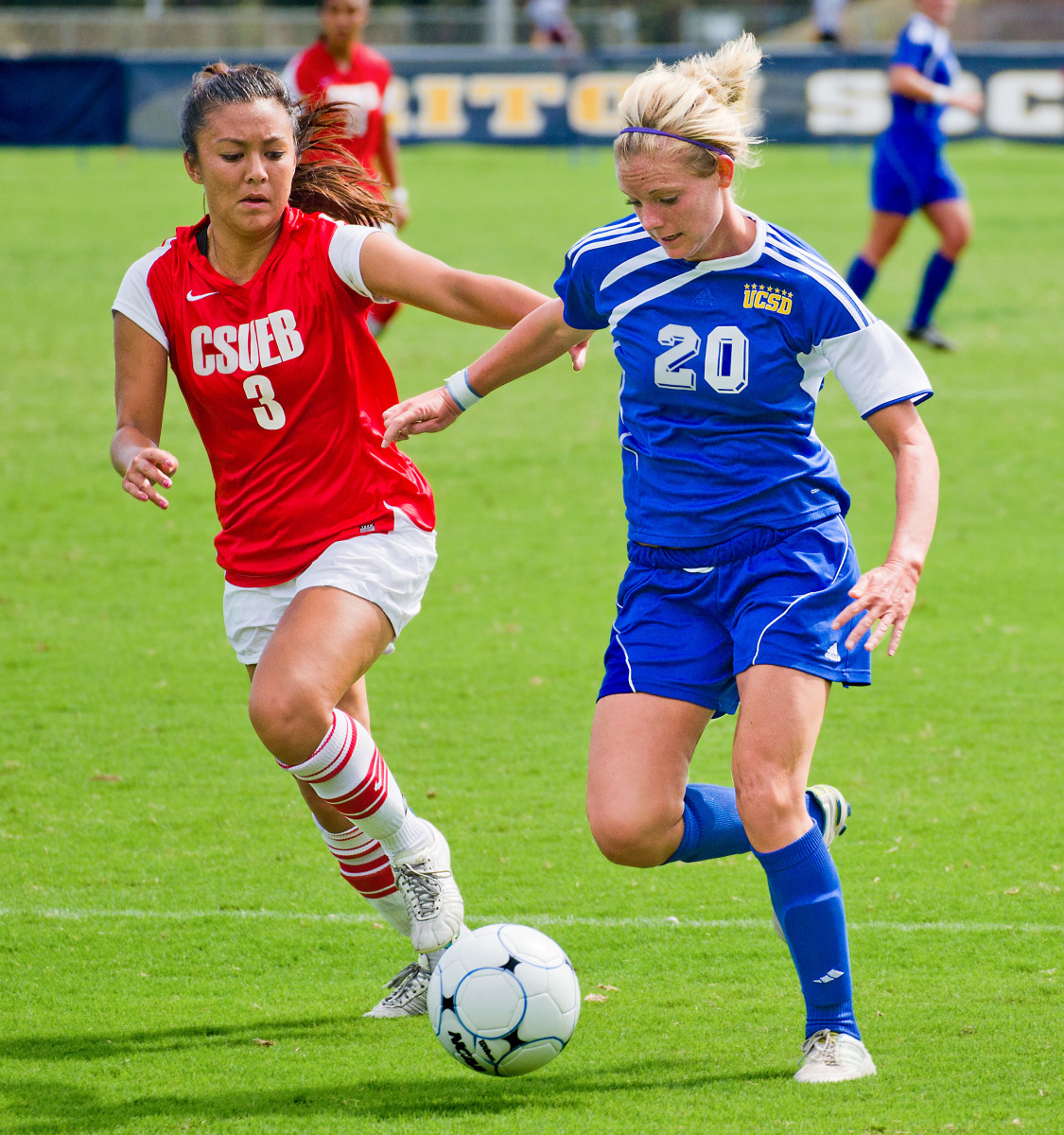 Learning how to move and control the ball is an essential part of developing as a soccer player.

Kick and Run Will Win Games, But at a High Cost To Players’ Development

It is tempting for coaches to utilize a long-ball “kick and run” strategy to win games when children are young; however, games won in this manner come at a high cost to young players’ development as soccer players and prevents them from learning how to win a soccer game the right way.

If you have watched a soccer game of children ten and under, you have probably seen the “kick and run” strategy in action. A team puts its fastest players at forward positions and has the defense kick the ball downfield through the air to these players as often as possible (removing the midfielders from play). Eventually, the defense and forwards connect one of these long passes for an easy goal. While this can make for some quick and exciting goals, and ultimately wins for young teams, in the long run, a coach that utilizes this strategy is not doing his players any favors, as the players are winning games at a high cost. That cost is not learning how to play the ball out of the backfield and move the ball effectively downfield using team-oriented dribbling and passing skills.

If you want to develop soccer players that know how to move the ball downfield to score goals and win games when they are older, then it is wise to avoid the “kick and run” strategy. Allow children to learn via trial and error how to play the ball out of the backfield and move it downfield towards their opponent’s goal. You may miss scoring opportunities and let up some goals by instructing them to play that way, but you are doing them a favor as far as their long-term development as soccer players is concerned, and that is what a coach should ultimately be striving to achieve.

Encourage young soccer players to treat both their teammates and opposing players with respect. There is no better way to destroy the morale of a soccer team and ruin team-oriented play than to allow players to berate their teammates when mistakes are made. Teach them that everyone makes mistakes (even professional soccer players), and they should treat any mistakes as learning opportunities. Over time, the kids will learn from their mistakes, and the team will be a better and stronger team from the lessons learned. 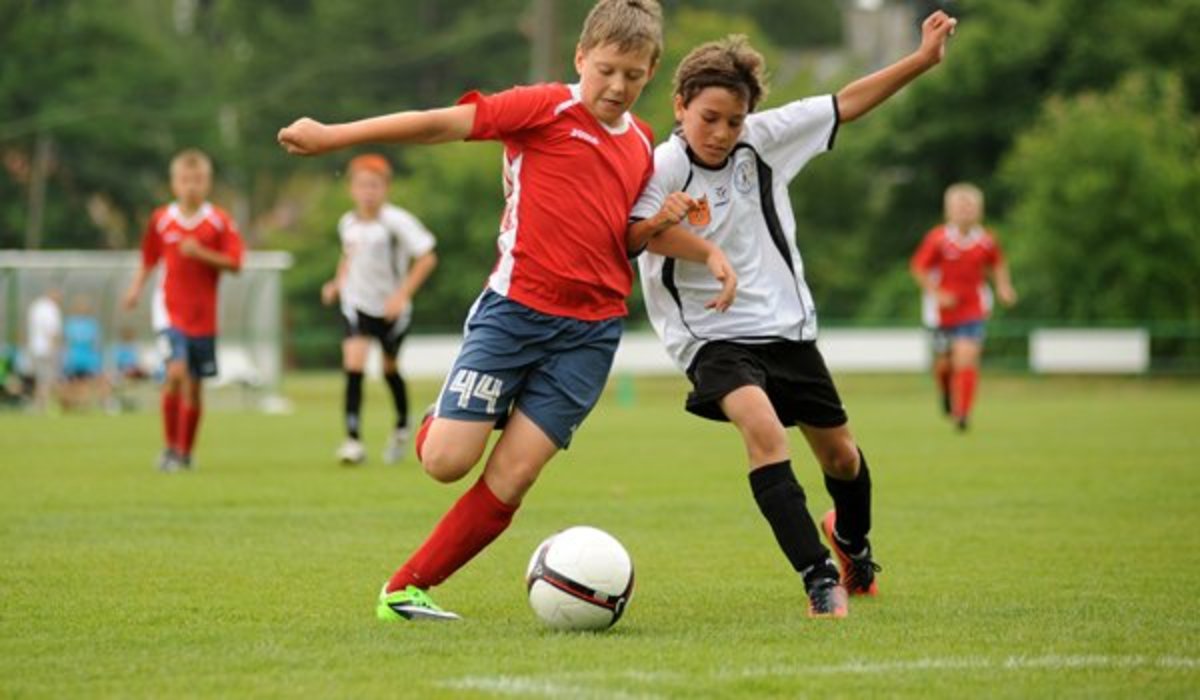 Often the team that effectively passes the ball, wins a soccer game.

Origin of the Word “Soccer”

Did you know the word “soccer” has its origin in mid-19th century England? At that time, England had many sports that had the word “football” in their names. What is now known as “football” was called “association football” back then. The English liked to add an “er” to give a nickname to something, and they took the letters “soc” from “association” and added “cer” to come up with the name “soccer,” which the sport was known as in England for several decades until the early 20th century.