Naming a game after its tutorial might sound lazy, but it works for How to Survive. It would be like Activision naming its next shooter, Call of Duty: Combat Readiness. Not having “Zombie” or “Dead” in the title of a zombie-themed game is always a welcome change and thus, “How to Survive” stands out. Being stranded on an island with the undead is as dire a situation as any, but the titular manuals defuse the tension thanks to the guides’ author, Kovac, and his tongue-in-cheek delivery. This 2014 repackaging, How to Survive: Storm Warning Edition wasn’t arbitrarily named either. The added rain can literally dampen your best-laid plans.

How to Survive is a fine complement to the more immediate and faster-paced zombie shooters like Dead Nation and Zombie Apocalypse. Those games match rapid-fire gun combat with large hordes of the undead. How to Survive appeals more to the player who seeks exploration and deeper item scavenging, the latter being inherent to the zombie genre. That’s not to say How to Survive has fewer zombies overall, or that it’s a slow burn. Encounters are plentiful, with being noticed by one zombie meaning that all other zombies nearby will make a beeline for you as well. You’re rewarded for thinking and acting on the fly. A careful stealth strategy can be thwarted by a single perceptive zombie who you missed hiding in the background. All the while, you’re tasked with finding items and people, the information and means to get off this series of islands. 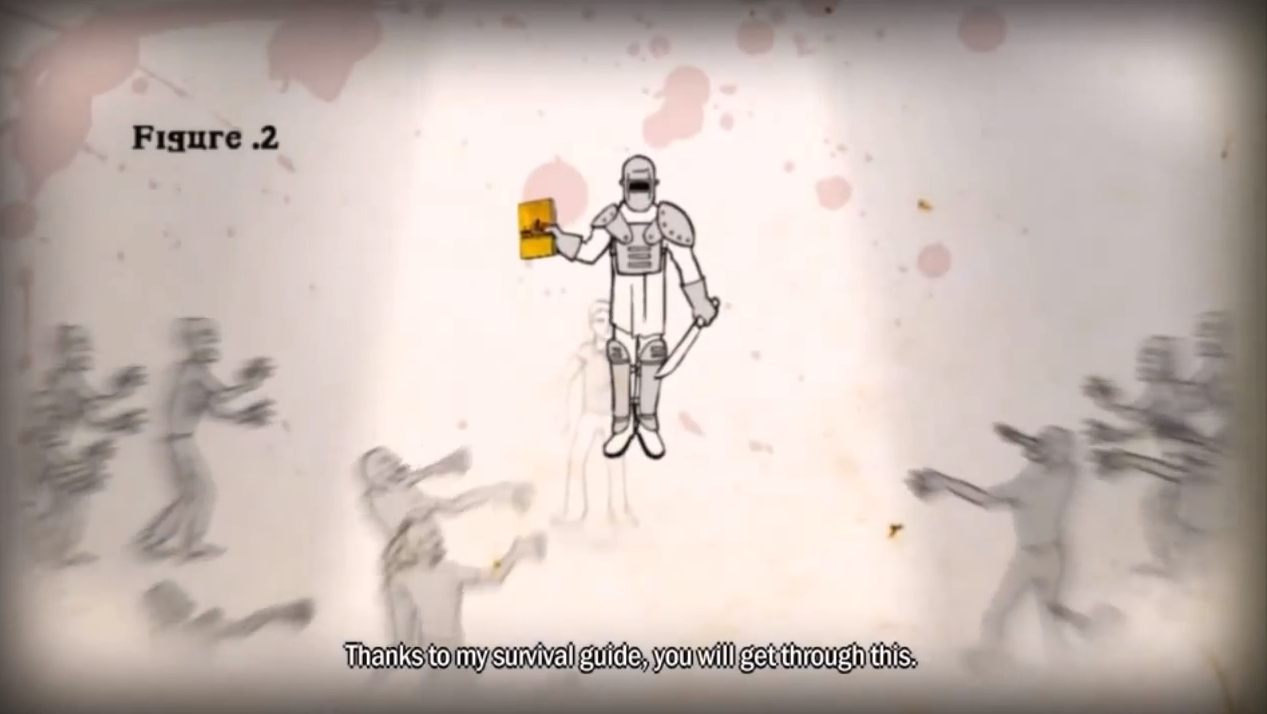 Kovac’s sense of humor and delivery isn’t for everyone.

Wielding your first stick at the start of the game does not make for an effective first impression. The single-arm flailing of the stick gave me flashbacks of original-trilogy Star Wars action figures, the kind without elbow joints. While this made me skeptical about the rest of my playthrough, further upgrading and crafting made me more tolerant of some of the stiff animations. By contrast, the survivors’ execution moves are well animated and aptly lethal, leaving you with the satisfaction and certainty that a given zombie is unequivocally dead. Most adventure game finishing moves function as a reward for enduring a prolonged battle. In How to Survive, it’s a constant judgment call; executions yield more experience than regular kills, but these moves also leave you wide open after you finish your kill.

When creating campfires is essential and fire-enhanced weaponry makes every kill better, having a rain storm extinguish all your flames truly sucks. Stockpiling resources like flint becomes all the more crucial, forcing you to explore the islands that much more thoroughly, which in turn equals more zombie encounters. This is just one of the myriad hardships this re-release throws at you. Some of the new content (previously available as post-release DLC) also means much harder playthroughs and the incomparable suspense of surviving with a single life. The once add-on survivor named Nina is also back with a flamethrower, making her the ideal foil for all the rain scenes, provided you use the weapon wisely and in good health. 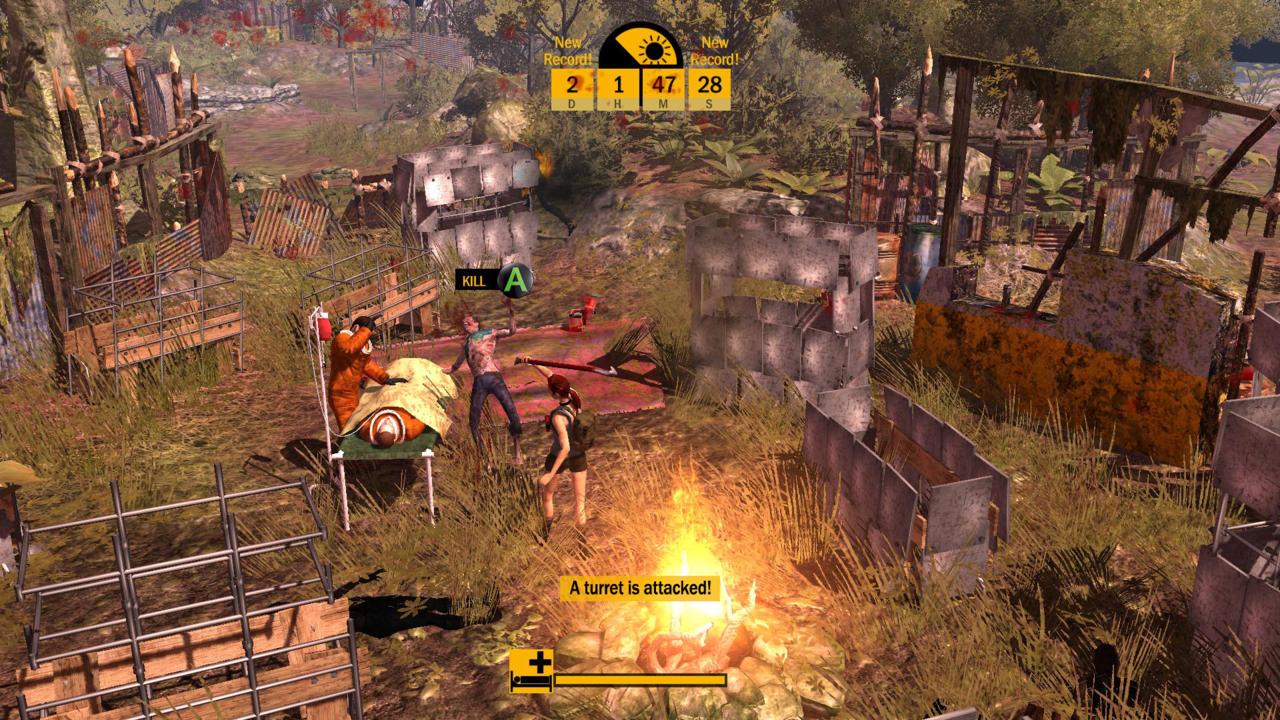 Yup, that’s an island with a stranded survivor, all right.

For the heightened difficulty options, the developers at EKO Software didn’t just change stat values to reduce resources or add damage to enemy hits. They even included challenges through the user interface, where the action doesn’t pause when you access your menus. This rewards preparation in between encounters and punishes those who can’t multitask at a moment’s notice. You certainly need to think on your feet when you run into your first bear, crocodile, or their undead versions, all of which were not in the original game.

As much as How to Survive is at its most appealing when you explore, the added Barricade! DLC is a fitting accompaniment, wherein you have to protect survivors from waves of zombies rather than escape an island. It’s not as engrossing as Horde Mode in Gears of War or Firefight in the Halo series, but that’s not to say Barricade! is bereft of depth. While other games regularly provide you with resources to fortify your base, How to Survive forces you to leave the comforts of your encampment to scrounge for wooden planks and scant weaponry. You’re only as good as your ability to gather items to reinforce your barricade. Putting in this extra effort is unusual for a wave-based survival mode, and coupled with the exploratory design of How to Survive, Barricade! ended up becoming my favorite mode outside of the campaign. 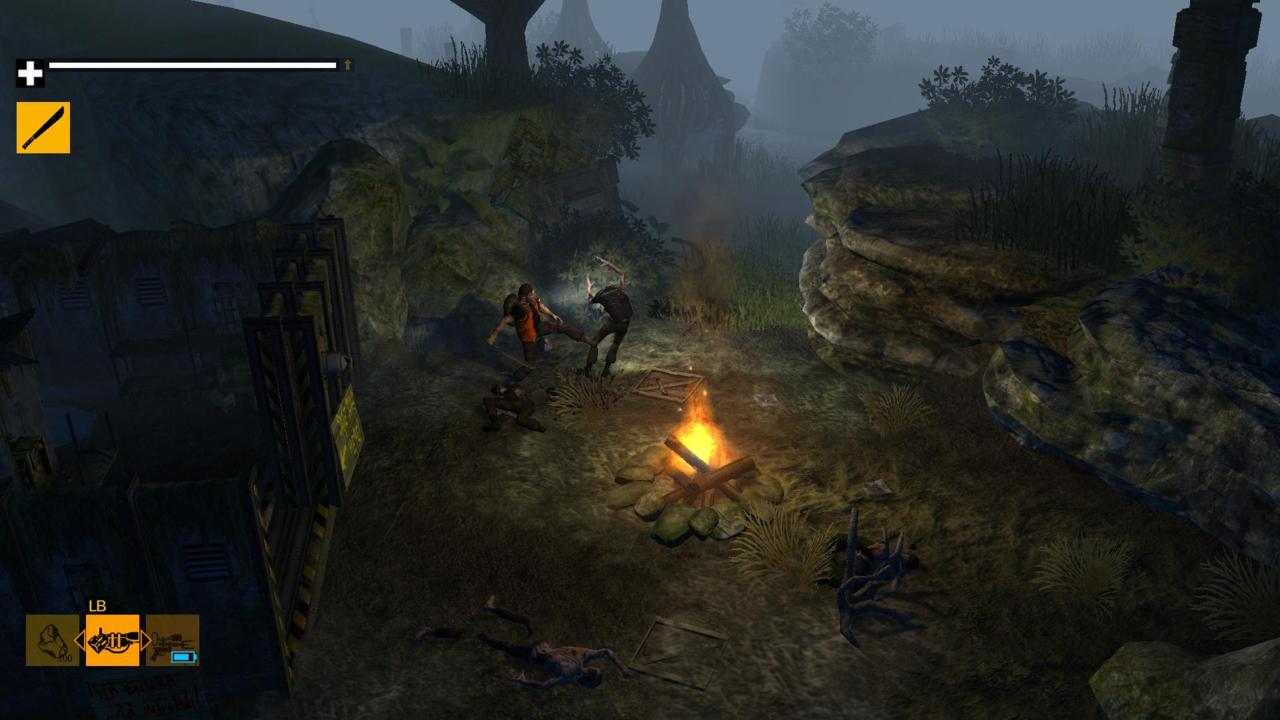 The vegetation might be lush, but can also hide zombies in plain sight.

How to Survive: Storm Warning Edition rewards the procrastinating zombie enthusiast who’s been curious about the game and its add-on content. It’s next to useless to the devoted who have followed How to Survive and have picked up every subsequent DLC along the way. Didn’t EKO Software learn anything from the record industry–that the trick to luring fans with greatest hits collections is to add at least one new song, even if it’s terrible? This is not a director’s cut, but rather EKO Software’s aspirational idea of a Game of the Year Edition.