Fortnite creator Epic Games is partnering with carmakers, starting with General Motors, to use its Unreal Engine game development platform to build in-car software in what Epic is calling its “human-machine interface” (HMI) initiative. The first car to use Unreal Engine, which is the primary software toolset with which developers make Fortnite and countless other big-budget video games, will be GMC’s upcoming Hummer EV, set to be unveiled on October 20th.

The logic is simple: modern cars are primarily designed using software, and assembled cars carry scores of onboard computers and rely on touchscreens and digital interfaces to power infotainment centers and other sources of information displayed to drivers. And Unreal Engine is a great platform for building software, which Epic thinks makes it a great platform for building the software that goes into cars.

“When you sit in the driver’s seat of a modern car today, the way you interact with the vehicle is different from a few years ago. Buttons and screens dominate the dashboard, steering wheel, and instrument pane, providing features that may be new to you. Electrification is at the root of many of these advances, with digital hardware such as cameras, sensors, and displays, combined with cutting-edge technology like Unreal Engine, forming a framework on which to build new experiences,” the company explains in a blog post. “At Epic Games, we’ve long been interested in the way the requirements for HMI development overlap with those of game development. Much of the functionality required to create HMI systems has been available in Unreal Engine for some time.” 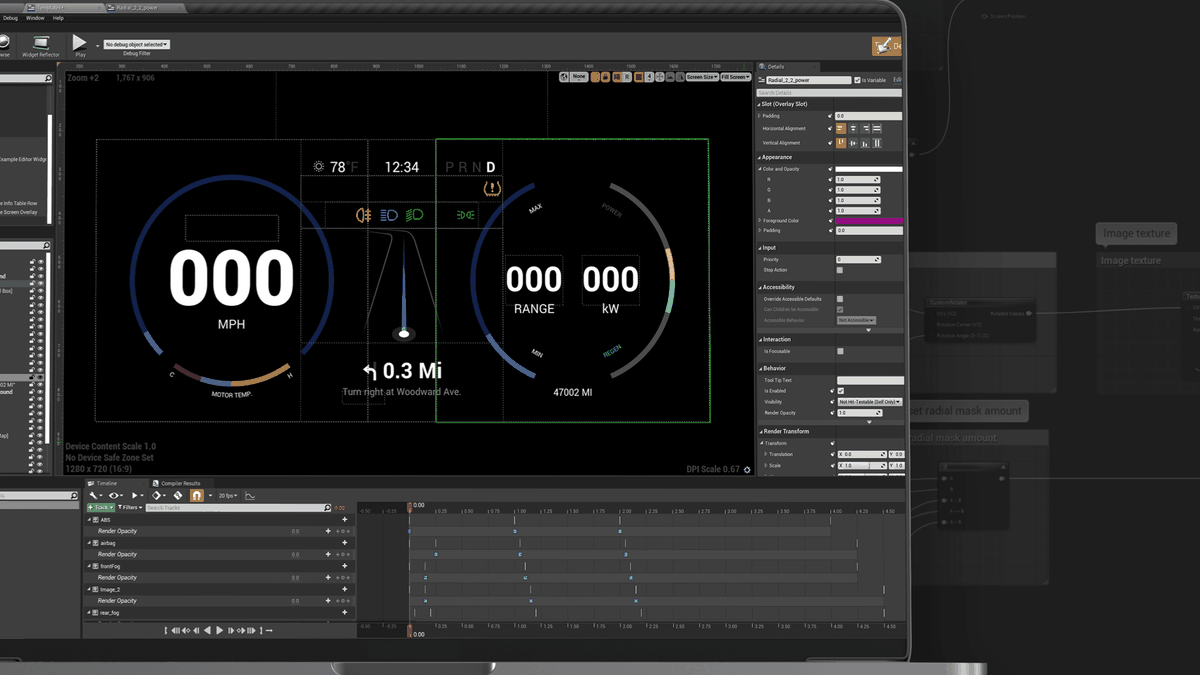 Epic says carmakers like GMC and the user interface and user experience designers tasked with crafting the software that car owners will interact with in the finished product can do more and do it faster using tools like Unreal Engine. Epic says this should empower designers to have a more active role in the development of the software.

“In traditional HMI workflows, UI/ UX designers produce ‘hero screens’ or reference images that outline how the UI is supposed to look. They rarely get to see their designs in action soon enough to iterate on them, because it’s up to engineers to implement the design and the functionality into the vehicle,” Epic explains. Unreal Engine is also a cross-platform game engine, which means designers could easily preview new builds in prototype vehicles on iOS or Android tablets without needing to duplicate efforts by rebuilding the software to work on mobile devices. 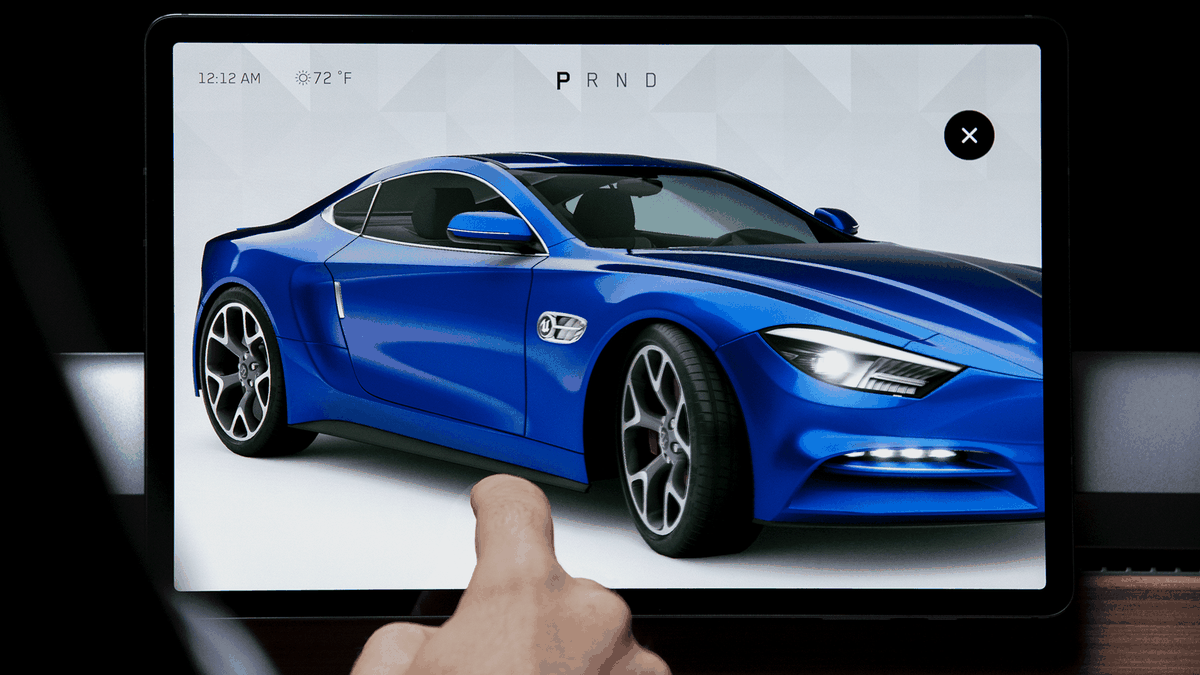 What will this actually mean for consumers using next-generation car software designed using Unreal Engine? Epic says it’s already enabling some pretty impressive advancements. For instance, infotainment screens built using the game engine can get up and running much faster, as Epic’s toolset allows developers to fire up various portions of the software in sequential order instead of all at once. “Content that is not needed at startup can be loaded after the initial boot, reducing boot time even further,” the company says.

Because Unreal Engine is designed to enable photorealistic computer-generated graphics, car software can also display full, high-resolution renders of the vehicle as well as its various internal and underside parts and mechanical and software mechanisms, on central screens and other displays.

“What if an automotive brand had their own games that only their vehicle users can access?”

“Unreal Engine provides best-in-class visuals for production HMI, with car paint materials and reflections that bring the highest quality real-time graphics to the vehicle,” Epic says. “A comprehensive set of visual effects features that have been hardened by game development give automotive designers a robust set of tools to express creativity in their HMI designs.”

Epic says its work on in-car software and partnership with General Motors is based on a prediction that autonomous vehicles will one day make the act of driving less important than the activities you can do in the car when software is driving it for you. Whether that’s streaming video, playing games, or using communication features for voice and video calls, Epic is interested in positioning the Unreal Engine as a core pillar of how all those features and functions get built.

“What if an automotive brand had their own games that only their vehicle users can access? Or drivers could customize their HMI visuals and voice assistant with the personality of their favorite video game character?” the company writes. “With Unreal Engine as the HMI platform, opportunities such as this become possible.”