Epic Games has teamed up with SuperAwesome to ensure a safer internet for kids. The partnership started in September 2021 but has recently been under the spotlight due to an unusual method of user verification. Moreover, many Fortnite players who haven’t verified their accounts have received a deletion warning. This has reportedly been happening since last week.

While this process is done to protect the youngest users on the internet, the two companies require adults to put in either a credit card number or the last four digits of their social security numbers to verify their kids’ accounts.

The community has complained about this, but it is very unlikely that Epic Games will change it. After all, this decision hasn’t been made by Epic itself. The company is obligated by law to implement this method of verification, which is unfortunate.

Many players are skeptical about this process and don’t trust the developer. However, they will have to complete the verification process as their Fortnite accounts will likely be deleted if they don’t.

However, since accounts can only be verified by entering credit card info, many people are hesitant to participate in the authentication process.

While getting a Fortnite account verified seems like a no-brainer, sharing such sensitive info with a third party is quite risky. Even though Epic Games will not abuse this information, it is understandable why so many players are bothered by this.

Many of them called this verification “disgusting” after they found out it was true. At first, almost everyone believed it was a scam because, to them, it definitely came across as one.

According to Tim Sweeney, Epic Games CEO, this verification is required because Fortnite is a part of the Metaverse.

“The metaverse will be made up of many types of experiences and will not be controlled by any one company. This will require all of us who are building toward this future to create experiences that are not only interoperable but also take the safety of our audiences into account, no matter their age.”

Furthermore, the company has to resort to this process due to different laws in the United States and Europe.

Dylan Collins, the founder of SuperAwesome, talked about safety on the internet in September last year, especially for younger audiences. He pointed out how there are numerous laws and regulations that require this type of verification.

“Regulators around the world have led the charge by introducing laws intended to make the internet safer for kids like COPPA in the US, the Children’s Code in the UK and GDPR-K in Europe…. Free parent verification is a critical industry step to make it easier for everyone to say yes to kid-safe experiences.”

It will be interesting to see if Epic Games changes anything about this process. However, chances are that Fortnite players will have to verify their accounts if they don’t want to lose access to them.

Fortnite thieves, scammers? What is that Fortnite explain we put money in the game to delete it and we have to enter the credit card code!!! @EpicGames 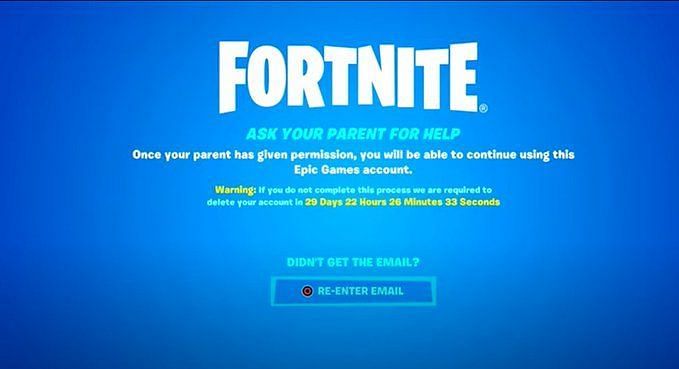 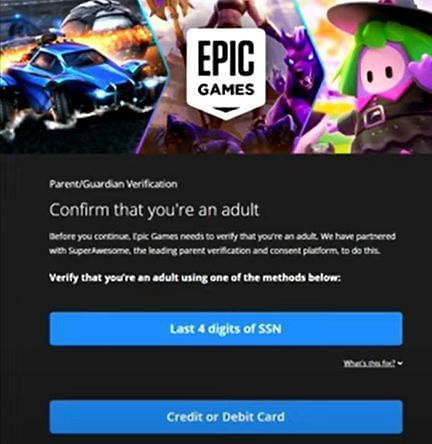 Fortnite thieves, scammers? What is that Fortnite explain we put money in the game to delete it and we have to enter the credit card code!!! @EpicGames @FortniteGame https://t.co/iDBLk4JqZt

Some fans have been playing for more than four years, and losing their accounts would be a huge shock to them. After all, they have a lot of valuable cosmetic items that are worth a lot of money.