If you like MMO mythological strategy game then Chaos of Three Kingdom is for you. The game is addictive and it has been one of the top games on the Apple store.

Chaos of Three Kingdoms online game is an adventure mythological strategy game based on Ancient China historical battles of the Three Kingdoms. The publisher of the game Huayu Games recently released the English version for iOS and Android smartphone device. The game Chaos of Three Kingdom is about infinite warfare, honor and blood. It features hundreds of generals to recruit in battle and raise an army using strategy to fight. 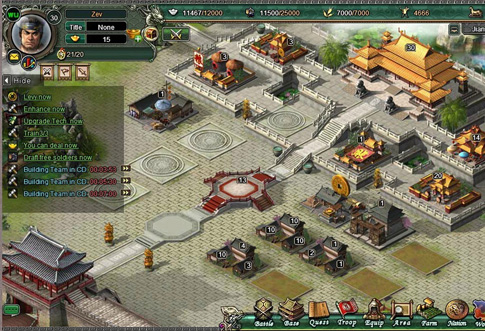 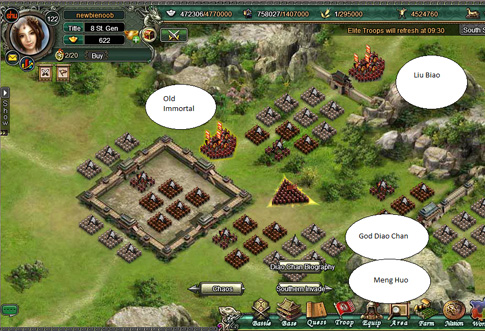 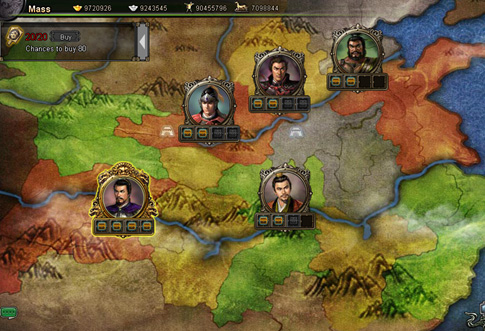 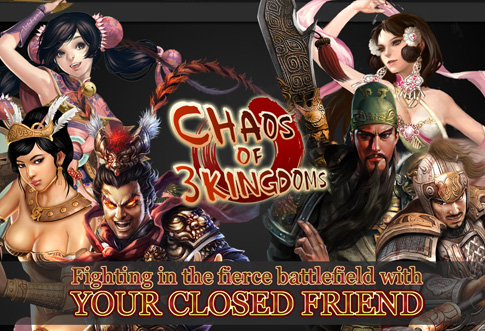 The players will be guided with an in-game tutorials, quests and narrative introduction of Three Kingdoms. In the beginning of the game you will be introduced to your home base which you must build your entire army and resources. Players need to gather resources such as silver and food to upgrade the home base and army. You can improve academy, market, training ground, vault and barracks.

Chaos of Three Kingdom gameplay focuses on development strategy such as diplomatic, technology, military and economic resources. Military tactics use to win each battle by training the army troops, improving the equipment and gathering information.

The battles are against NPC enemy and ally opponents. The introduction of different heroes, skills, strengths and equipments. The game lets you do the military tactics to defeat and win the battle. You will have an option to recruit the enemy NPC after defeating them. Each heroes has different skills strength in blocking and attacking which you can developed it through training. You can purchase equipment such as weapons, armors, horses and stratagems that will ensure your heroes abilities.

There are three countries to select from these are Wei, Shu and Wu. The players can challenge other online players through PVP and Legion battles.

It is necessary to become a legion member to acquire more gold and to participate in legion battle tournaments although it is difficult to choose which legion to join in because there is only a brief information provided in-game.

You will be needing Silver coins to build your home base and army troops. However, if you want to speed up the building times of home base infrastructures you can buy Gold which you can pay it using real world currency or through Legion member gold mines. Gold is too important as you level up because it allows you to expand your equipment slots, faster time to train the army, buy item to synthesize and to create stronger battle skills.

In order to have more insight into this game, you can watch this video from the following link:

You can visit the official website of Chaos of Three Kingdoms game to understand the game more.