To get a roundup of TechCrunch’s biggest and most important stories delivered to your inbox every day at 3 p.m. PDT, subscribe here.

Why, hello there, and welcome back to another installment of the Daily Crunch! It’s lovely to have you here with me. Also, give Freelance Whales a listen. I discovered the band when I was going to play a different (also excellent) song, Freelance, for a friend. Gotta love a lucky coincidence. This is also, incidentally, how I discovered the band Queensrÿche — I was looking for some Freddie Mercury, but ended up with a new heavy metal band to love. What’s your favorite accidental discovery?

Oh! And did you know — our Found podcast debuted its new mini-sodes, where they check in with past guests to see how founder life is going. In the first installment, Maggie Stamets speaks with our very first guest: Iman Abuzeid from Incredible Health, which helps nurses get connected to better jobs and career growth opportunities.

Okay, enough with the asides, we have serious tech bidniss news to share. Let’s goo~oooooo — Haje

Co-founder of Evabot Rabi Gupta argues there’s “a lot of clutter” in the corporate gifting space. He argues that many vendors do little more than send company-branded swag like T-shirts and thermoses, which don’t exactly foster loyalty, Kyle reports. The company announced that it raised just under $11 million to make corporate gifting less of a mess.

We are now reaching a sort of tipping point where we will see many more commercial applications of natural language processing hit the market. A gold rush has begun of startups trying to build on this technology, with an arms race developing between the large language model providers, Mike reports. 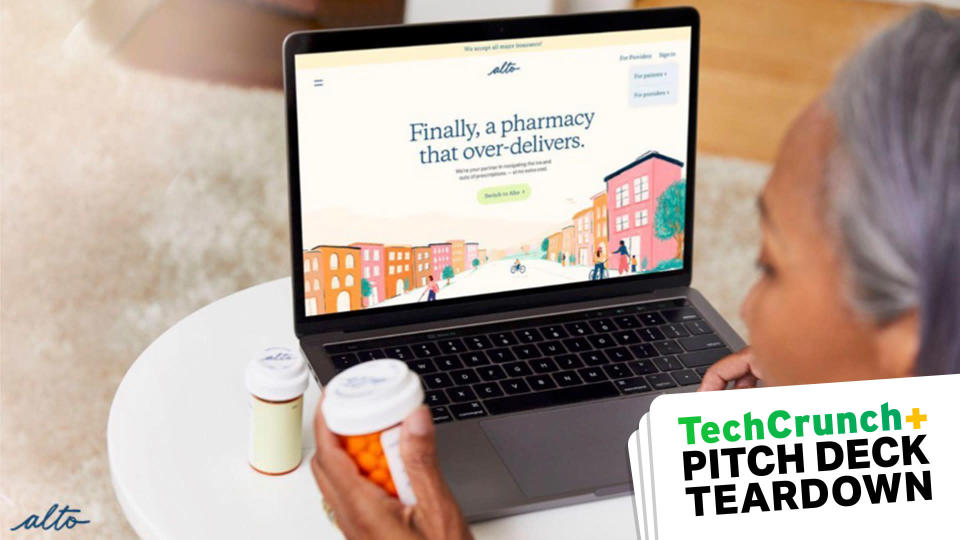 If your company raises a $200 million Series E, it’s fair to debate whether you can still call it a startup.

Still: Convincing investors to part with enough money to produce your own sequel to “The Gray Man” is an impressive feat, which is why we were eager to review the deck that helped Alto Pharmacy close such a large round.

(TechCrunch+ is our membership program, which helps founders and startup teams get ahead. You can sign up here.)

Instagram announced today that it will start prompting a random assortment of people on its platform in the United States to participate in an optional survey about their race and ethnicity, Aisha reports. The company says the survey will help it to better understand different experiences people may have on Instagram in order to ensure that the platform is fair and inclusive for all users.

According to a report, developers on the western side of London, U.K., may be prevented from working on larger multitenant properties due to the state of the electricity grid, and strains caused by nearby data centers, Paul reports. Bad news for people who had hopes that London might hit its growth trajectory of 65,000 new homes per year.

Yesterday, Ford reported $40+ billion in revenue, a 50% increase from the same period last year. The company also reported it was building 14,000 electric vehicles per month. Wall Street was positively surprised, sending shares up by as much as 6% in after-hours trading, Rebecca reports.

Grab a few more, why dontcha: