The beauty of Android is that it’s an open platform. If you want to set up your own storefront and try to compete with Google, you can do exactly that. And while Google Play is great, it can’t be all things to all people.

Here are four alternatives to Google Play that should give Android gamers plenty of reason to get shopping:

Humble has gotten fairly serious about Android games in recent months, even going so far as to launch a ‘Humble Mobile Bundle‘ tab that almost always has a great collection of games to buy on the cheap. But did you ever think to go one step beyond and visit the Humble Store? Unlike other Android shops, Humble lets developers bundle every version of their app together for one price. If a game is available on PC, Mac, or Linux in addition to Android, you’ll score a copy of that too. 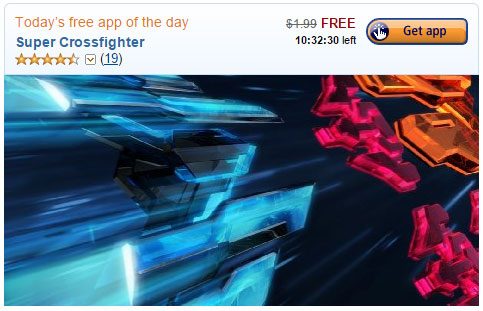 Amazon’s Kindle Fire and Fire Phone are built on Android, so it should come as little surprise that they’re a “prime” place to shop for smartphone apps. (see what I did there?) You can download the Amazon App Store by visiting this link from your Android device, or if you’re looking for an even easier route, apps are now available for purchase straight from the Amazon app that you can download from Google Play. Amazon puts together some pretty great game sales and daily free apps, making them a worthy addition to your digital storefronts.

If you’re a fan of game jams, you’ve probably seen the domain itch.io pop up more than a few times in your travels. itch.io provides indie gamemakers a distribution portal with little to no fuss, making it a perfect choice for small, quirky titles that you won’t find anywhere else. And yes, filtering it to just show Android games requires just a click of the mouse.

Humble might be the biggest name in game bundles, but they’re far from alone. ikoid focuses exclusively on bundling Android games, and they’ve featured some pretty great ones so far, with games like Devil’s Attorney, Damn Little Down and Fist of Awesome up for offer. After 19 bundles without a breather, ikoid is on a break as of this writing as they prepare to finally come out of beta. Download their app or sign up for email updates on their website to be notified the moment their next Android games bundle launches.